Pumpkin Pulp Will Scare Your Disposal to Death 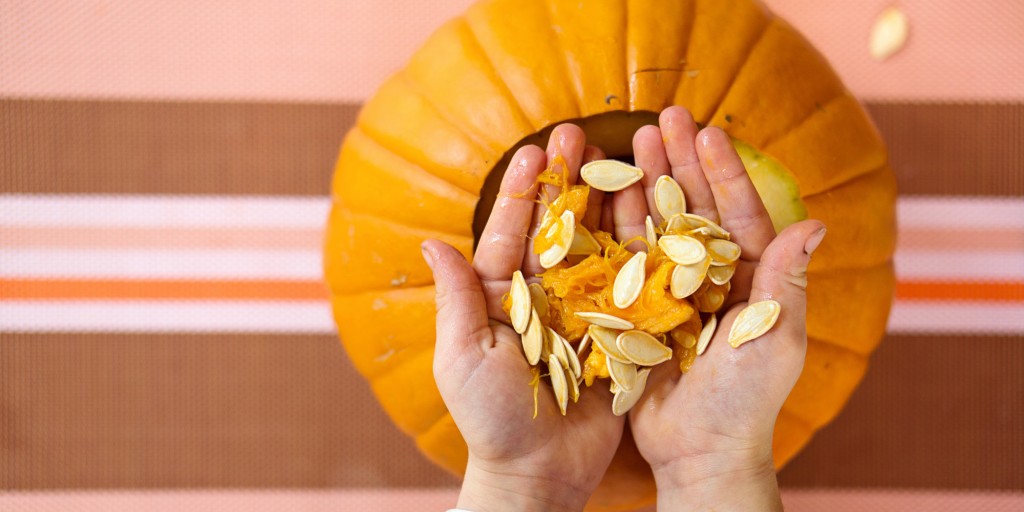 Americans will scrape millions of pounds of pulp from pumpkins throughout the Halloween season and we will remove gobs of it from clogged drains before the end of the Halloween season. We have become as common a Halloween visitor as little vampires or ghosts thanks to sticky pumpkin pulp and seeds. Plumbers know that frantic homeowners will soon be complaining about pulp-clogged garbage disposals and stopped up kitchen sink drains in the two weeks leading up to Halloween.

We want to remind you that pumpkin pulp should never be put down drains or into garbage disposals. The slimy gunk is ideal for clogging sink drains. It’s stringy and sticky and when it dries and hardens it will choke-off drainpipes and garbage disposals creating all sorts of havoc. For the past few years we’ve spread the word that carving pumpkins in the sink is a very bad idea. People think that when they shove the pulp down kitchen sink drain that it’s gone but in a little while the sink usually stops draining altogether.

It’s also worth noting that we get several calls about pumpkin guts flushed down the toilet, usually with similar clog-causing results. “The toilet is not a better option. It just means the clog forms a little further down the pipe.”

To prevent Halloween drain disasters, we suggest carving pumpkins on a bed of newspaper. Then carvers should wrap up the mess and throw all pumpkin-related materials into the garbage can or into a compost pile.

The seeds can be separated and roasted for a tasty treat or they can be air-dried and planted in the spring after the last frost to grow next year’s Halloween pumpkins.

BOO! We know what scares you — those mysterious sounds coming from your pipes, the smells that make you wonder if the un-dead have entered your kitchen, and don’t even get me started on the smallest room in the house. If you like your Halloween scary but not THAT scary, then let’s look at some ways you can avoid being on the wrong end of a plumbing “Trick or Treat.”

Watch out for the frost on the pumpkin. I know we just came out of 100-degree heat, but cooler weather is already starting to creep in, and before you know it we’ll be looking past fall toward winter. If your pipes or yard lines are old or cracked, the last thing you need is further damage from an overnight freeze. Now would be a good time to get those pipes inspected.

Speaking of pumpkins…. Pumpkin carving is a fun tradition every Halloween, but keep in mind that all those pumpkin innards have to go somewhere — but not down the drain. Make sure you use your garbage disposal correctly, or you’ll end up with a horror show in your kitchen. Throw away fibrous foods separately instead of trying to grind them up in your disposal where they can catch on the blades. Keep coffee grounds, pasta or rice and oil or grease out of your disposal as well.

Don’t let your pipes spook you. If your home sounds like a haunted house at night, you may be experiencing Halloween all year round. But don’t call an exorcist contact us. We can stop those pipes from banging, squealing or making other “possessed” noises.